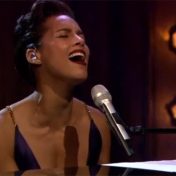 At the weekend I was at a friend’s birthday party when the inevitable question popped up: “Can you teach anyone to sing?” As usual, this question was followed up with a statement that I hear people saying all the time: “I can’t sing. I’m tone deaf.” Once I’ve reassured them that everyone can sing, I would usually go on to… Read more »

Sing to Relax Like exercise, music can be a powerful way of calming the mind, easing symptoms of stress, anxiety and depression. A lovely way to help this process along is to start your day with some slow, meditative breathing exercises. This one uses the sounds Mmm, Aw, Ah in repetition, almost like a mantra. Try singing along and feel… Read more » 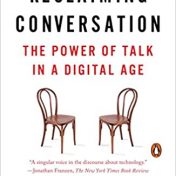 This week I’ve been reading Sherry Turkle’s Reclaiming Conversation: The Power of Talk in a Digital Age. In it she makes a strong case for what she calls ‘unitasking’ – the rejection of the idea that it’s better or more efficient to work on multiple things at once, and instead just to concentrate on a single task or idea. In… Read more »

Like many aspects of our lives, music is difficult to define because any attempt to pin it down seems fraught with caveats and contradictions. Music is organised sound.. and so is speech. Music doesn’t require words but very often uses them. Music is often described as a universal language, but pieces from one place, time or culture can seem irrelevant… Read more »

Practise scales the right way Over the years I’ve found the students expect to start each lesson with a series of exercises – more often than not, scales. This is especially true of people who have previously been taught by someone else. My view is this: that not every lesson / practise has to start in the same way, and… Read more »

Music is Mindfulness The Sunday supplements these days are full of articles about how to let go of stress, anxiety and depression; how to move forward and find your way to truly ‘live in the moment’ experiencing life as it happens rather than being physically in one place but mentally elsewhere. I know that I’ve struggled with this over the… Read more »